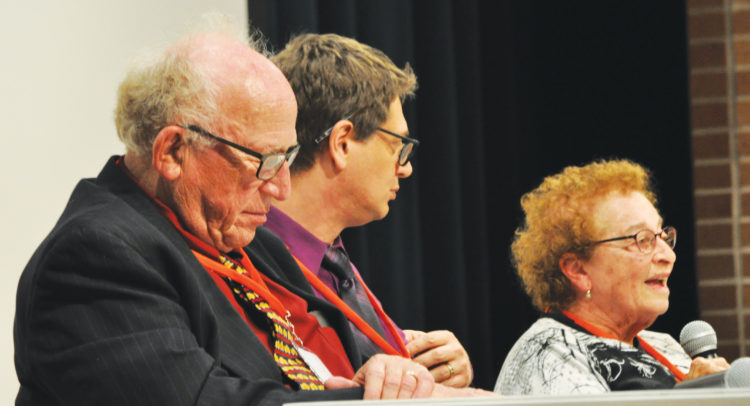 On March 22, 1933, the first Nazi concentration camp, Dachau, was authorized, triggering the worst genocide in modern history—the Holocaust—which ultimately sentenced 17 million innocent people to death and shattered political and emotional ties both in Europe and around the world. Today, 84 years later, the aftershocks are still potent and far-reaching.

Many historians believe that due to the horrific nature of the Holocaust, it is necessary for present-day students, despite the many years that have passed, to gain a thorough understanding of these atrocious events. The 26th annual Arkansas Holocaust Education Conference aimed to do just this by offering scholars from all four Haas Hall Academy campuses and others from across Northwest Arkansas a chance to learn about the brutalities of World War II from those directly affected by it.

As scholars filtered into The Jones Center chapel and took their seats, there was a definite solemnity in the air. The conference gave students the opportunity to hear from survivors, a unique experience made even more special by the fact that there are now very few living witnesses to the horrors.

The first of the two speakers to tell their stories was Erika Gold, a Hungarian-born now-American citizen who introduced herself as being raised in a time where all she knew was the Nazi Party and its leader, Adolph Hitler. Her childhood, she said, was marked by secrecy and uncertainty. She recalled her parents listening quietly to Radio Free Europe’s broadcasts about Hitler’s invasions and not being able to talk about the transmissions, due to their illegality, regardless of how terrible the news was.

In 1944, when Hungary was finally taken by the Nazi regime, she described how quickly her life fell apart.

“There was no resistance whatsoever,” Gold said. “What they had done in Poland in five years, they accomplished in Hungary in less than two months.”

First, she was forced to wear the yellow Star of David, which singled her out as someone who did not belong. Then, her once-wealthy family was forced to give up their business and fire their non-Jewish housekeeper. The mandates just kept escalating until, finally, her father, as with all of the Jewish men in her community, was sent to a labor camp, later found to be Auschwitz. Afterward, the remaining women and children were eventually corralled into ghettos with harsh curfews (8:00 a.m. to 10:00 a.m.) and made to stand idly as their loved ones were brutally murdered.

“From some of these buildings they just marched the people out to the Danube,” Gold said. “They got them undressed, they tied three people together to save bullets, and they shot the middle one so that all three fell into the river. Our beautiful blue Danube was red in those days.”

Soon, all of the women of working age, like the men, were required to report to a large sports arena to “register” for the work camps.  The Nazis, however, did not expect so many people to show up, and they were so overwhelmed that they allowed the remaining unregistered women, such as Gold’s mother, to go home at the end of the day. Realizing that there would be no way to escape if they did not act quickly, Gold and her mother discretely located a Nazi uniform manufacturing plant that was unlawfully hiring and housing displaced Jewish people. For two months, both of them worked all day and slept on discarded uniforms on the floor at night.

On Dec. 1, a Friday afternoon, the Nazis located the 300 inhabitants of the factory and marched them in the cold to a large marketplace. The people were then loaded onto large trucks to be brought to Auschwitz. Not accepting their fate, Gold’s mother jumped from the freighter, winked at her daughter, and helped her get safely to the ground. They then found their way back to Budapest and into the home of their former housekeeper, who kept them hidden, sometimes in a cramped kitchen closet, until Hungary was liberated on Jan. 15, 1945. She found her father, in poor condition, but still alive, three days later.

“We had no food, no running water, no gas or electricity, but we were free,” Gold said.

The next speaker to share his experiences was Sol Factor, who was born in 1946 in Munich to a Jewish-Romanian woman and separated from her two weeks later. He was initially sent to a German orphanage, but was soon allowed entry into the United States for adoption. Although his story differs from Gold’s in that he was not alive during the Holocaust itself, it is a testament to how impactful the genocide was across a span of generations.

Factor explained how he began his search for his birth mother in 1990 and how long it took him to find anything about her.

“I finally decided,” Factor said, “I needed to know about her, not so much for me, but for my children, who were getting older.”

In 2007, 17 years after he started his investigation, he at last got information regarding his inquiries into her life. The American Red Cross had found her, but she did not wish to make contact. She died in 2014 without ever meeting her son.

Though the accounts of both of the survivors are not the same, they both further illustrate the need for awareness and education about the Holocaust.

“The only way to really process where we are today is to look at where we’ve been,” said Sarah Kilgus, one of the main event coordinators and a history teacher at Haas Hall Academy Fayetteville. “To ignore it and to say that’s the past and not the present is to deny how interconnected we are.”

Scholars like Fayetteville junior Chloe Kilpatrick, who visited Dachau on the Haas Hall-sponsored Europe trip on Spring Break, also feel the need for education on this topic.

“I think that it’s really important to learn about this. As time goes on and there are no survivors left, people will stop realizing the seriousness and the reality of the Holocaust, so we must learn now,” Kilpatrick said.

But, despite the horrors that happened, to those who have lived through the worst in the past, there is still a strong message of hope for the future.

“I feel we have to have faith,” Gold said, “otherwise, there is no tomorrow.” 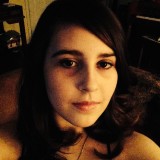